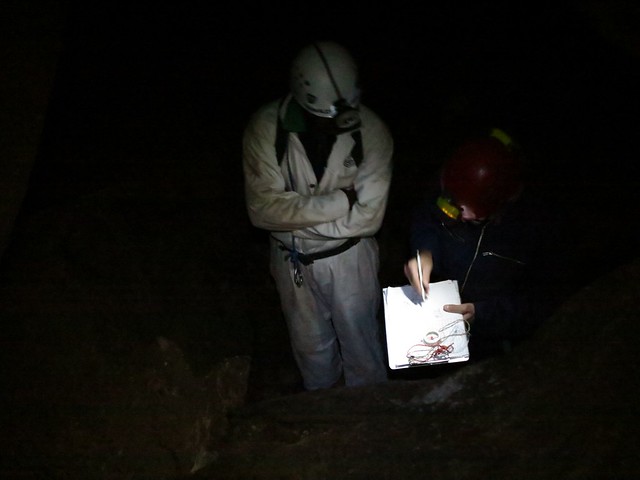 In 2012 we spent three weeks in Swaziland to conduct a first survey of Gobholo cave and explore the potential for further expeditions. We flew to Johannesburg and took a shuttle to Mbabane were Darron Raw collected us.

We got help from Darron and his Swazi Trails crew to and from the cave during our stay. As they are all active guides at Swazi Trails we depended on their schedule to take tourists on all sorts of tours and could not be in the cave all the time we actually wanted. Lesson learnt: rent a car in Johannesburg and drive yourself. This also gives us the freedom to go and explore the area outside the cave, do shopping and some sightseeing.

The cave prooved to have big potential and we are going back!

Fly to Johannesburg on the 26th of December (arriving Dec 27), out of Jo’burg on the 12th of January. These dates are the ones travelling from Sweden have booked. We expect the exploration of Gobholo Cave to start no later than on Saturday, January 4th. It is of course free to join whenever during the expedition and also to stay longer or even go to Swaziland later. We just need to make sure we have some good hand-over of work done so we don’t do everything double. All data collected will be shared freely with all expedition members.

In Jo’burg we will rent a car (or two, depending on how many people we will be in the end) and do some sightseeing before going to Swaziland and Gobholo cave. This is something we did not have time for last year and regret. It’s a long way to Southern Africa and this year we want to see some more daylight and wild African animals! The itinerary for the sightseeing is not set and is of course not mandatory either; this is something we need to decide once we know how many people are joining. It is also possible to take a shuttle to Mbabane, and a pick-up there can be arranged.

We plan to be at Gobholo cave one week and do hard work during this week. We will live close to the cave (45 minutes hike). It is a house, but with few sleeping places, but sleeping on the floor with mats should be just fine. There is running water, electricity and a functional kitchen. Food wise there is a good supermarket in nearby Ezulwini and there are smaller markets and restaurants around too. Our idea is that to rotate who is responsible for cooking which evening, but that we basically eat together and do the shopping together. Food, car rental, gas etc. will be split at the end of the trip.

Generally you won’t need any SRT gear, the cave is a mostly horizontal boulder cave and practically all parts in the cave can be reached by some easy climbing and crawling. You will need a sturdy but not too hot oversuit, good shoes and some knee protections. The boulders are old rock and they feel like sandpaper – don’t count on your overall surviving without traces. Last year we used some blue working overalls which you can get at a better hardware store. Some old runners with a good, non-slippery sole are enough. Hiking shoes are of course the best, but they may get holes. Helmet and lamps and a caving bag are of course needed.

There are few dangers in Gobholo Cave. However, histoplasmosis is known to exist in the parts inhabited by bats. The cave is prone to flooding during the period we will be there, so we will need to monitor the weather carefully.

You yourself need to check if you need vaccinations or other medication in good time yourself. There are different recommendations in every country on what is needed, but vaccination against Hepatitis A and Typhoid is generally recommended.

Swaziland is a farely safe country, there are some rather nasty snakes around, but we have not seen a single one. There is zero risk of malaria in the area around Mbabane and Gobholo Cave, but taking malaria prophylaxis may be a good idea if you plan to travel somewhere else like Kruger Park or Mozambique. We will be there during African summer, so don’t forget sun protection and mosquito repellent. Some information on the weather can be found here.

If you, or someone you know, want to participate, feel free to drop us a line! The more we will be, the better and more work we will get done!

For participation generally please contact Manuela, using the form below. She will keep track of who will arrive when and how many cars we will need and also if we all fit into the house or if we need tents too.

For information on working in the cave etc., please contact Johannes, using the form below.