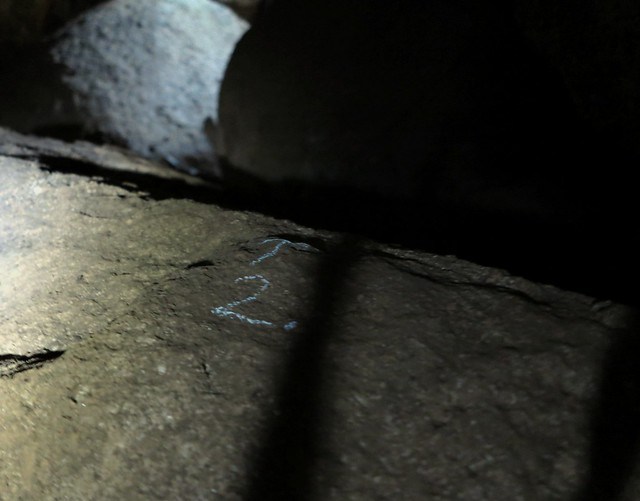 One step at a time

Not much time left, many loose ends to tie up still! One is what we want to accomplish during our stay.

The main goal will be to survey as much as possible in a safe way. This will include digital storage of all survey data, and if possible digital recording of both polygon data and the drawings. From Sweden we will bring one (perhaps two) DistoX (“old” version, still waiting eagerly for next version!; we have two DistoX from the Swedish Speleological Society, but one is behaving strangely), and from South Africa one Shettland Attack Pony. Of course we’ll also bring old fashioned backup instruments (my Suunto tandem and one or two ordinary Disto plus paper and pencils; the problem with my Suunto is that the compass is balanced for Scandinavia, not Southern Africa, making it slightly cumbersome to read…). We will also bring a laptop to be able to follow the survey progress from day to day.

We will also focus on starting to record environmental data, as a first step: temperature, humidity and CO2-levels. Thanks to Hanna Sundqvist from the Speleo Science Group at the Department of Physical Geography and Quaternary Geology at Stockholm University we may be able to borrow some of their instruments, and for long-time monitoring of temperature we plan to buy some (five or so) iButtons to be left a year or two in and near the cave (this would benefit some funding that we don’t yet have).

Then we will obviously be monitoring the bats hibernating/resting areas in the cave (we will visit the cave in summer, so there should not be any hibernating bats this time of the year). Three species of bats have been recorded from Gobholo Cave, and Manuela and I saw all three of them at our last visit. What would be very interesting is to have their hibernating/rest places in the cave on the map, and perhaps even more interesting to have an estimate of the number of individuals (per species). Perhaps it will be possible to count the individuals using photos of the colonies? That strategy will be tried out! For this project we will just need cameras and a way of connecting the photos to the survey (to the nearest survey point).

And last but not least – my own favourite project: to continue the survey of the diversity in the cave, both biological (collection of animals by hand and traps) and geological (in particular speleothems). We already have a small but sufficient supply of alcohol on place, so I will only need to bring some containers and collecting instruments (anyone else who can provide equipment?).

We will also dig deeper into the understanding of the genesis of the cave, and what that may tell us about the surrounding landscape and its history. It is ancient ground we will visit, the cave itself in nearly 3000 myr granite, in a landscape millions of years old. The cave has some great prospects indeed!

Of course there might be more projects other participants have thought about, which I’m not aware of yet (send me a note, or a comment to this blog text), and more might turn up during our stay; we’ll try to stay flexible and adapt to the various interests and skills of all participants.

Will we really reach all these goals? Maybe not, but with the large and competent diverse group of cavers joining in this project we will have great potential to reach quite far, initiating several awesome projects that each by themselves are worth to be continued also after we left Swaziland. The most important outcome from this expedition will though be the network of cavers from Africa and Europe that I hope we can establish.